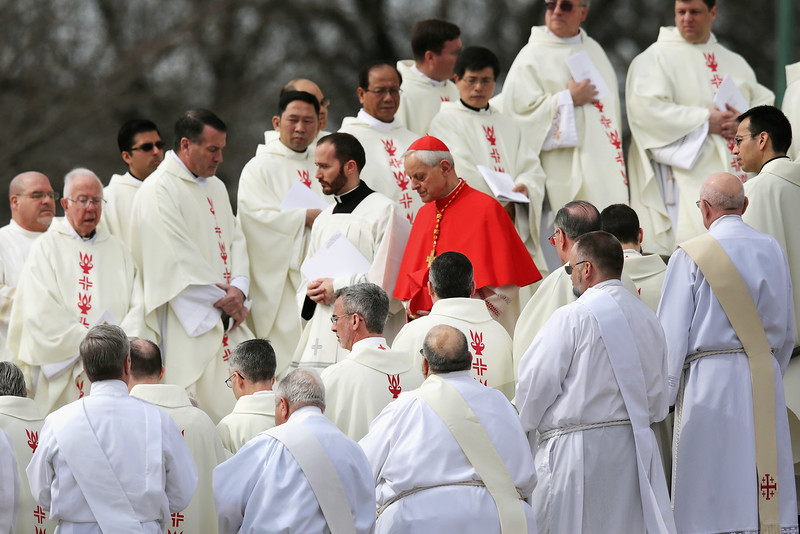 Cardinal Donald Wuerl (C), Archbishop of Washington, walks between rows of Catholic clergy as he leaves the Basilica of the National Shrine of the Immaculate Conception follow Associate Justice Antonin Scalia's funeral February 20, 2016 in Washington, DC. Scalia, who died February 13 while on a hunting trip in Texas, laid in repose in the Great Hall of the Supreme Court on Friday and his funeral service will be at the basilica today. (Photo by Chip Somodevilla/Getty Images)